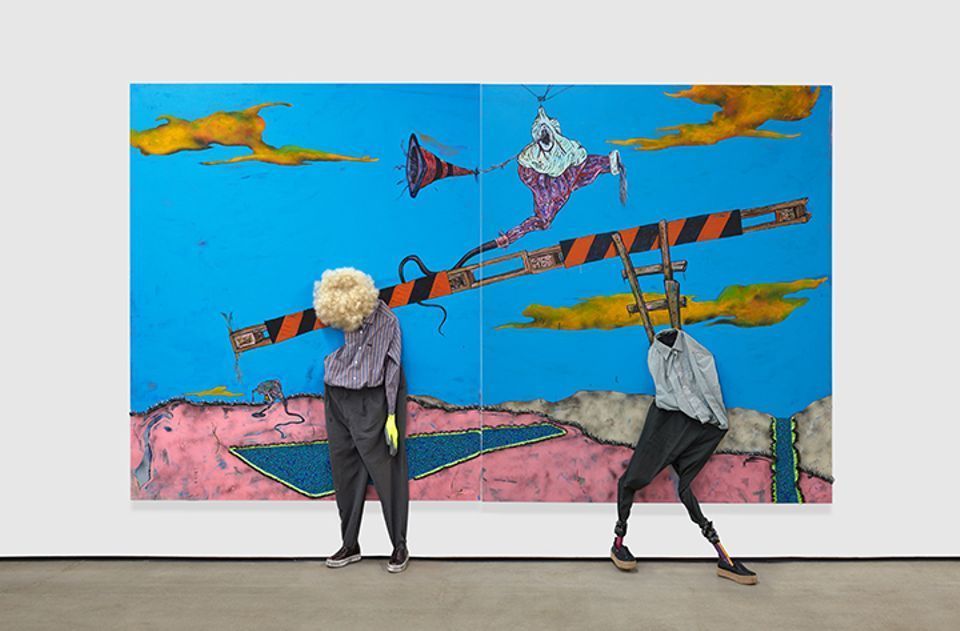 Two years after the Armory Show’s Focus section offered a cross section of African galleries (the geographic frame was abandoned thereafter), dealers and young artists from South Africa, already in the spotlight with the opening of the Zeitz Museum of Contemporary Art Africa, have made a particularly strong showing at this year's fair (8-11 March), as US audiences encounter themes of racial dialogue, self-definition, and hope that resonate strongly in the Trump era.

Nicodim Gallery, of Los Angeles, sold out its booth of eight paintings and sculptures by the South African artist Simphiwe Ndzube within the opening hours of the fair, for prices between $20,000 and $40,000. Taking off from the swenka (“dandy” in Zulu) culture that exists in mining towns, where on weekends workers will mount peacocking competitions, Ndzube uses found objects such as snakeskins and traffic cones to augment exuberantly hued paintings of joyful, contorted bodies. Since his first gallery show, last September, Ndzube’s market has been “on a rocket to the moon”, says gallery director Benjamin Lee Ritchie Handler; he will have his first US solo show at the Rubell Family Collection in Miami later this year.