How to sell artworks

First, an artist should sign in and upload his/her works to the account. How to upload works properly?

Now the artist can sell uploaded artworks the following ways:

Certified users only can sell artworks this way. More about different types of users.

Certified users only can sell artworks this way. More about different types of users.

This type of transaction is available for every user of artdoart.com (both certified and independent).

How to make a purchase

1) Put an artwork to the shopping cart.
2) Choose ‘PAYMENT THROUGH ROBOKASSA’ and place an order.
3) Pay for the artwork through ROBOKASSA.
4) The money is transferred to the ARTDOART bank account.
5) The payment confirmation will be sent to your e-mail address. Your personal assistant will contact you to agree on the way of transferring the funds and delivery details.

1) Put an artwork in the shopping cart.
2) Choose ‘PAYMENT THROUGH THE BANK ACCOUNT’ and place an order.
3) Pay for the artwork through the bank account.
4) The money is transferred to the ARTDOART bank account.
5) The payment confirmation is sent to your e-mail address. Your personal assistant will contact you to agree on the way of transferring the funds and delivery details.

3. SAFE CROW. (PAYMENT THROUGH ROBOKASSA)
Available for all users of artdoart.com (both authorized and independent)

Stages of the transaction:
1) Put an artwork in the shopping cart.
2) Choose ‘PAYMENT THROUGH SAFE CROW SERVICE’’ and place an order.
3) Get an e-mail with the funds transferring details.
4) Pay for the artwork through the bank account.
5) The money is transferred to the SafeCrow bank account.
6) After transferring the funds open your Purchase History
7) The seller adds delivery details, and you can track the order.

8) When you receive the artwork, if there is no claim,   enter your personal account and change the order status to DELIVERED
9) After changing the order status, the funds are transferred to the seller within 3 days.

1) Put an artwork in the shopping cart
2) Place an order, choose “INDEPENDENT TRANSACTION”
3) Connect with the seller, who is to send you all the information about your order and delivery details.

Independent users can arrange delivery on their own, directly communicating with the client. But a user has an option to use ARTDOART delivery service.

We help our users to post their works over Russia and abroad. Artworks delivery is implemented through DHL, EMS, UPS Pochta Rossii, and with the help of Art Pochta.

An artwork can be packed at the post office or by the artist himself. There shouldn’t be any tape traces on a corrugated carton. A legal person, sending an artwork on behalf of the company, may use a tape with the company logo.

In order to insure an artwork, a consignor could issue a declare value at the post office. In Russia the commission of this service is 4%, and a declared value couldn’t exceed ₽500 000. The cost of an artwork should be confirmed by cheque or by appraiser certificate.
If an artwork is damaged or delivery time is postponed, the receiver gets compensation.

Each artwork should have an authorization for export. This document is executed in the Ministry of Culture of the Russian Federation. A consignor could go through the administrative procedures himself or request a client support from ART POCHTA.

Packaging rules for abroad dispatch are the same as for internal dispatch. A consignor should take into account that there are some dimension limitations, depending on a receiving country. For example, in China and Germany the height of the packed picture can’t exceed 150 cm, and the width – 300 cm.

An artwork can be packed at the post office or by the artist himself. There shouldn’t be any tape traces on a corrugated carton. A legal person, sending an artwork on behalf of the company, may use a tape with the company logo.

It’s not always possible to issue a declared value, which is artwork insurance. This question is to be specified at the post office.

In order to insure an artwork, a consignor could issue a declare value at the post office. In Russia the commission of this service is 4%, and a declared value couldn’t exceed ₽500 000. The cost of an artwork should be confirmed by cheque or by appraiser certificate.
If an artwork is damaged or delivery time is postponed, the receiver gets compensation.

The price of art

Last year New York Christie’s auction astonished the world of art by the latest most expensive masterpiece ever sold. It was Leonardo da Vinci’s Salvator Mundi (1499) sold for $450.3m. The price seemed exorbitant, and the audience stood applauding. Anyway, we would never know who was willing to pay such a crazy sum for the picture. Thereby, that selling provoked a great deal of speculation about the fair price of art. 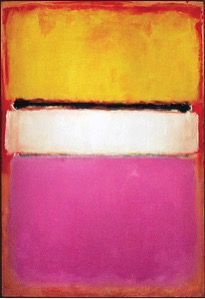 Thus, we face the following question. How is the price of artworks fixed? It’s clear that the value of the passed away artists’ masterpieces is set up by the auction houses and galleries, but modern XXI century artists encounter a great deal of questions concerning works appraisal. Whether their early works should differ in cost from the late ones, as well as various styles pictures, and if an artist’s works are exhibited in the state museum, will it lift the value of the others?

Artdoart.com online-gallery provides an opportunity for artists and sculptors to set up prices themselves, depending on how much money they would like to get from a particular item. Meanwhile, speaking about the auction houses, the cost is determined by the expert commission, and the final after-haggling price is absolutely unpredictable.

Whereas the expert commission is guided by huge experience, and takes into account many factors to appraise world-famous masterpieces, how should an artist make a decision on appraising himself?

There are several peculiarities to be paid attention to. It is rather difficult to assess the real value of the picture, so it is generally subjective. Moreover, not every painting rises in price with time. And finally, while one paintings fall in price, the others may simultaneously become more expensive.

So, let’s look into the aspects of creating a commercial value of paintings. As it has turned out, there are quite a lot of them.

The customers, who are eager to pay more than $600-700 per item, tend to study the art market. If they are fascinated by the picture and are willing to cross the threshold of $600, they would like to get to know the artist closer, to learn about his biography and creative development.

Nowadays, it's not cheap to be an artist. All these paints, canvases, brushes, frames, lacquering make up a decent amount. A painter should spend quite a lot just to begin his work, not speaking about large scale projects that cost much more. Besides, we should also take into account the remuneration of artist labour, depending on how much time he/she has spent to create a painting.

Technique-pioneer artists’ works are always appraised higher than their followers’. For example, as it was Marcel Duchamp who invented a ready-made style, his works (“Bicycle wheel” 1913, “Fountain” 1917) objectively outvalue Joan Miró’s or Sigmar Polke’s. Another example is Pablo Picasso, the father of cubism, with his masterpieces value exceeding the Marevna’s who worked in the same style. 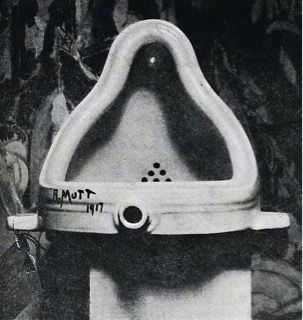 It's highly important for an artist to be spoken about. Activities such as projects abroad, personal exhibitions, on-line displays, offline or Internet sales, interaction with other artists, resulting in collective exhibitions, turn to artists’ advantage. The more working history is, the more impressed a customer will be, regarding a creator as a significant person in the world of art.

Mentioning in the media.

Nowadays, an artist reputation largely depends on his/her recognizability. A short way to become a well-known artist is to write articles about life and creation, to announce personal exhibitions, to hold master-classes abroad, to deliver lectures in art universities, and to take part in the international projects.

People like to possess rare things, so it’s not always good to churn out works, even if their style is extraordinary unique. Customers prefer to gain a work of certain value. If many artworks are united on a theme, it's better to mention special appeal of each work.

Alive or passed away

Like it or not, people of art enjoy the fruits of their work after the death. Paul Gauguin’s “When will you marry me?” would not probably be sold at a record of $300m, if he lived nowadays. 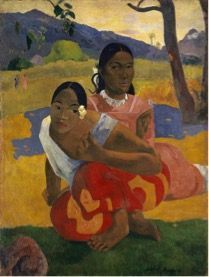 The value of work is likely to surge, if it has already been appreciated by the preceding owners. Gaining acceptance among collectors is also important both for an artist and for a customer, providing him/her with confidence in the investment.

Provenance is one of the most significant aspects in establishing authenticity and price. If there are some peculiarities about the history of the picture, like an exciting story of it’s creation or the fact of the previous possession by a public figure, it could mould the value. In addition, the picture would cost more thanks to the charming fact of being stolen. As a rule, state museums, such as the State Hermitage Museum, mention the provenance in their catalogues.

For instance, below you can see «Vase, Bottle and Fruit» by H. Matisse (1869-1954) which has the following provenance: entered the Hermitage in 1934; handed over by the Antikvariat All-Union Association; originally in the Sergei Shchukin collection (1918). 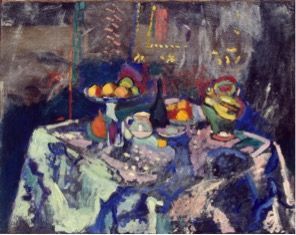 It's not always obligatory to go through museum examination. Except for a superior-quality world-famous painting, an opinion letter from a third-party expert is enough.

The integrity extent influences the value of work. In conformity to natural laws, the better the picture is reserved, the higher the cost is. Paintings in need of restoration are cheaper because it supposes additional investments.

Most artists have good reason to be educated in the capital state universities. Students all over the world are eager to enter the two top universities with prominent history - The Russian Academy of Arts in Saint Petersburg, and Moscow State Academic Art Institute named after V.I. Surikov. These two are extremely hard to enter, but graduates, who are lucky enough, obviously possess a talent or at least unique creative abilities.

Even if an artist holds an excellent technique and an original concept, he/she should never neglect the quality of painting. A picture must meet high standards: there shouldn’t be any blots, dirty lines, fading of tracks, and colours should be well-mixed. Moreover, a painter should take in account the quality of paints and canvas. Right proportions and harmony also play an essential role.

To sum up, there is an undeniable interaction between a commercial and artistic value. Anyway, the estimated price could change with time, as well as critics’ opinion. Though it’s not easy to appraise an artwork, the final value depends on the customer’s personal impression. By the way, there is a useful tool which helps artists to set a reasonable price – an online evaluation calculator, fixing a price after the form is filled in.